photoguild1 Posted on June 22, 2017 Posted in Photos of the Month No Comments 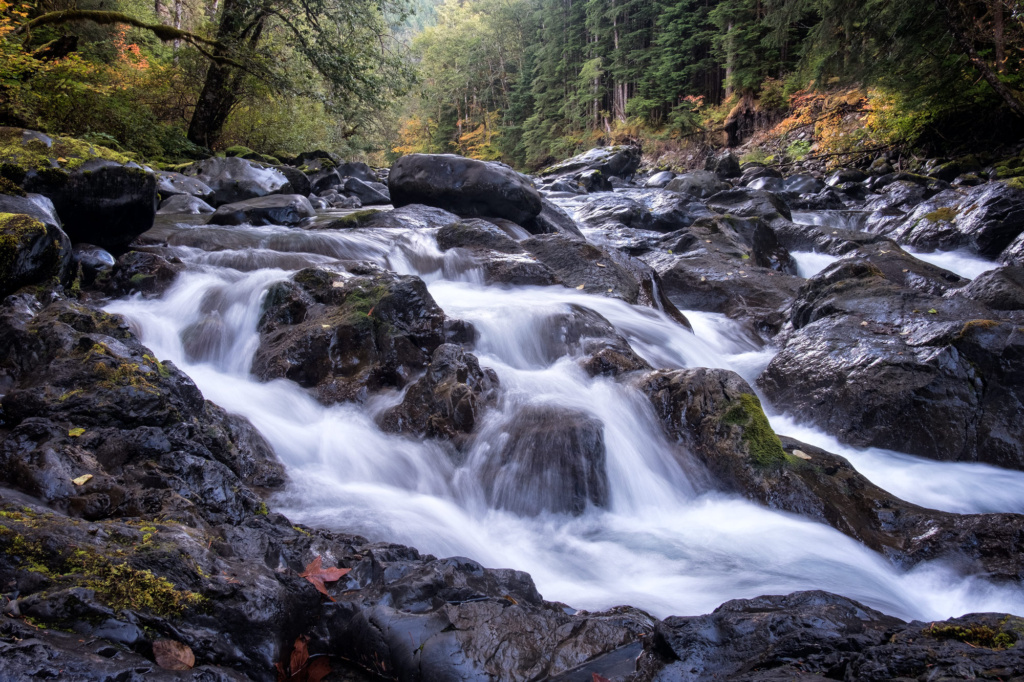 This photo was taken in the afternoon while my son and I explored Olympic National Park. The weather was wet which is not unusual since part of the park is considered a temperate rain forest. There were occasional sightings of the sun. My goal was to capture some sense of the rugged beauty of the stream.